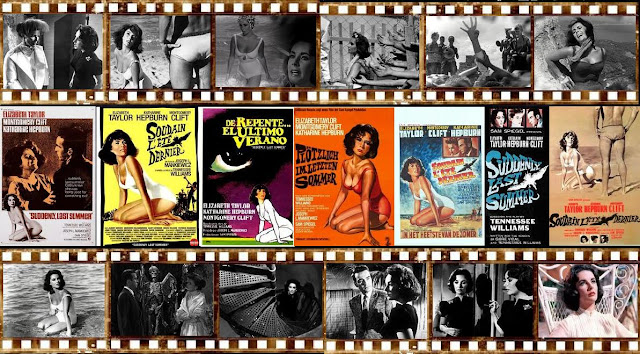 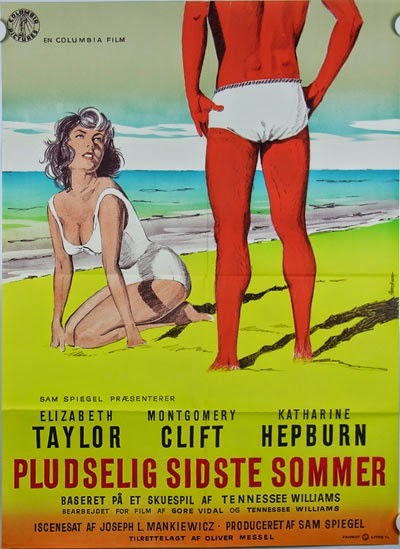 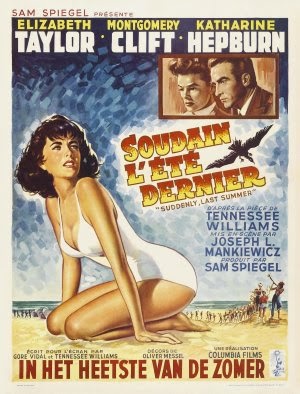 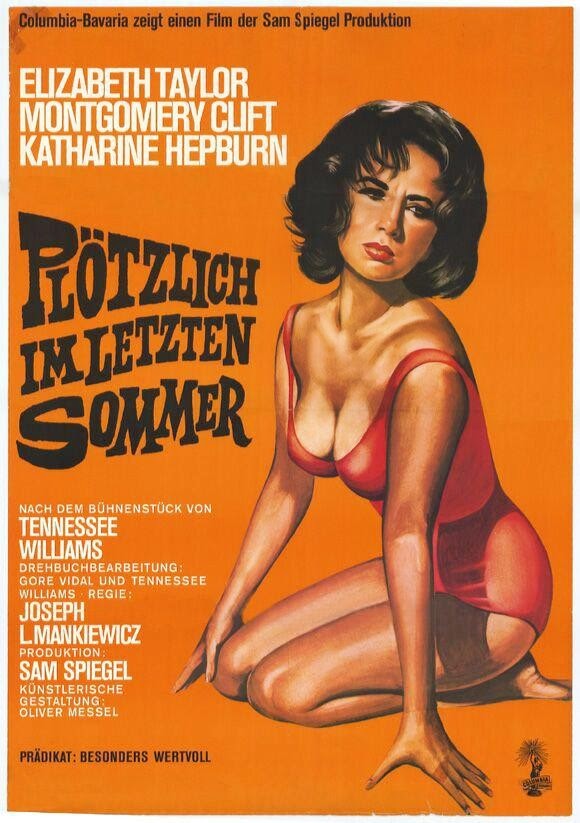 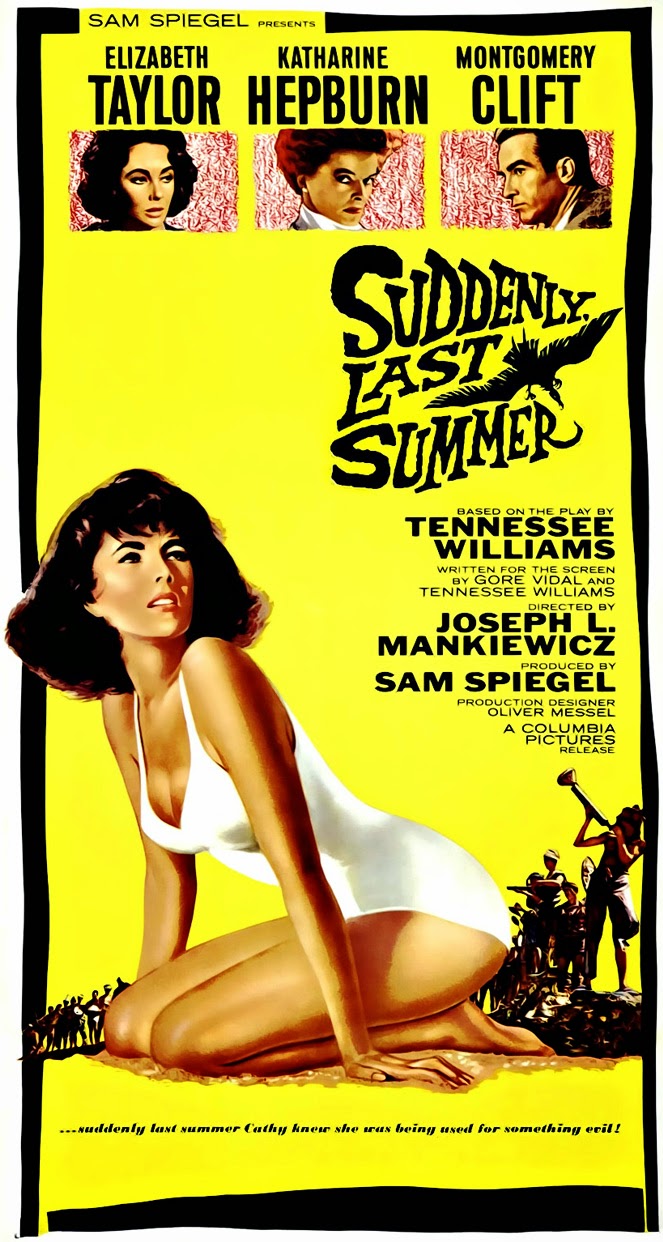 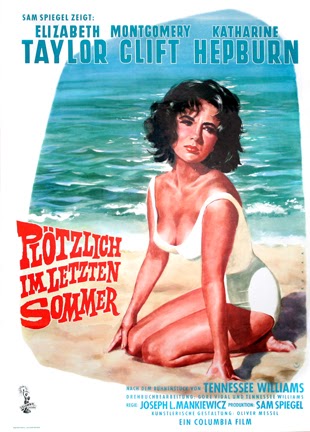 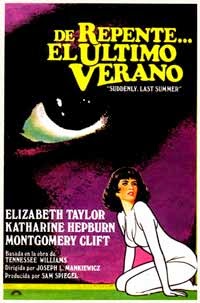 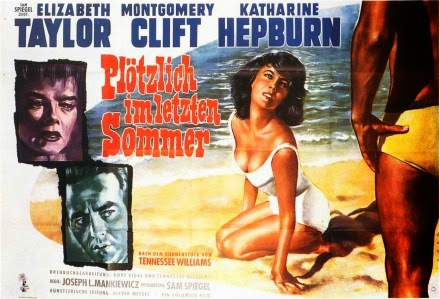 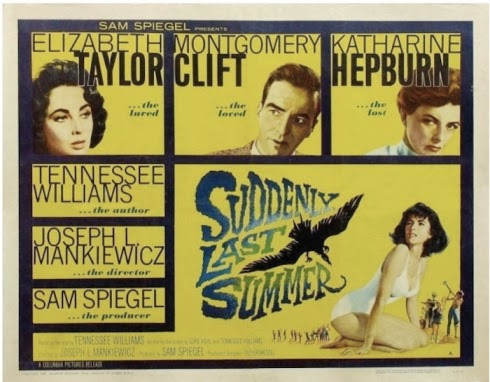 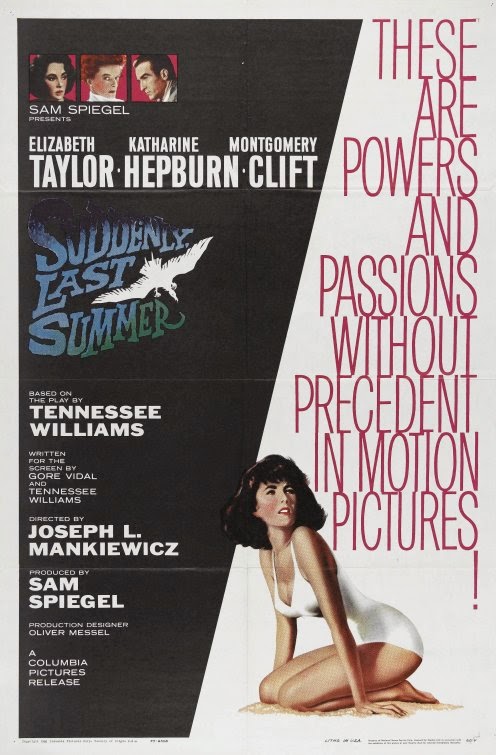 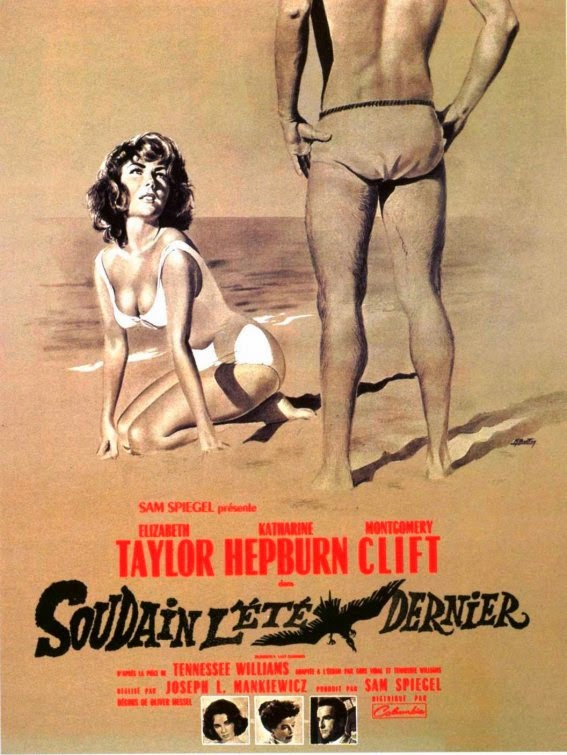 Catherine Holly, played by the indelible Elizabeth Taylor,is a woman whose conscience and memory continue to cast a foreboding shadow. Enshrouded in her memory is the unforgettable realization to which she came, suddenly last summer. Katherine Hepburn plays somewhat of a southern anchoress, Mrs. Violet Venable,whose only repose comes from memorializing her late son Sebastian in the fantastic jungalesque garden he created. On the surface Sebastian seems pensive, sincere, and wise; however, Holly knows a secret, a disturbing secret about the late Sebastian that Mrs. Venable must suppress at all costs. It remains in the hands of Dr. Cukrowicz, Montgomery Clift, to extract this secret from Holly's memory, before the secret is lost forever. I enjoyed this movie, and it kept my attention even though I had read the play I knew the outcome. It is another fine story from the mind of Tennessee Williams. The movie sticks to the play unlike other Williams' movies, like Cat on a Hot Tin Roof. The only problem is that like so many other Tennesse Williams'stories, depravity and decadence are central themes, which make it difficult at times to really like any characters or develop a fondness for the story itself.

Posted by paco granados at 3:23 PM